Between 1999 and 2001, I used to “video-jockey” (or “VJ”) at some of Los Angeles hottest night clubs. I carried two Mac laptops, a video mixer, a small LCD screen, and a pair of rudimentary “VR goggles” inside of a modified electric guitar case. Almost every Saturday night, I was paid $150 to geek out and hang out for four hours at a night club.

One of the things unique to the visuals I produced was that they were both interesting and very sound-reactive. Unlike traditional VJs who would simply play various video clips one after another, these graphics were very much alive with the music. Unlike “music visualizers” (like those still available in iTunes), the graphics were more interesting to look at over a longer period of time.

When the price of “smart” RGB LEDs began to drop, I began to think of how I could put together a full-body suit covered in dozens if not hundreds of sound-reactive LEDs. I’ve saw similar ideas on the Playa in 2011 and 2012, but they all suffered from a few flaws:

Several factors made 2014 a great year for the project:

There wasn’t much in the way of available software—including open-source projects—that would provide the desired results on my own. So, I learned Processing—an IDE for Java aimed at multi-media artists—and began to write the software that would later power the suit.

I know that I needed interesting but “fast” visuals. The good news is that Raspberry Pis are even more powerful than the MacBooks I used to use in 1999. In the interest of simplicity, I stuck with concepts that I used back then.

The first was color-cycling. It’s a trick used on old computer games, and it looks sort of like this:

There is no “animation” per se. Although it would appear that there are several concentric circles expanding and contracting, this is actually a static image that looks like: 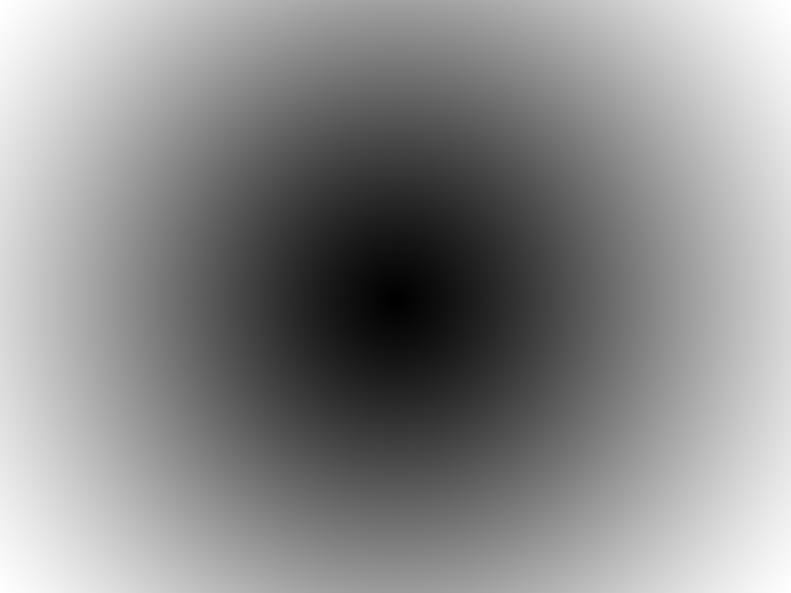 This gives us a color palette, which “looks” like this:

Now suppose we were to “rotate” that color palette, meaning that we’d shift the position. It’d look like this:

But these images have three channels: red, green, and blue. And those rotations don’t have to happen evenly.

I also have the option of “stretching” in addition to shifting, although I didn’t use that particular technique here.

Here’s that original image, with some simple level adjustments: 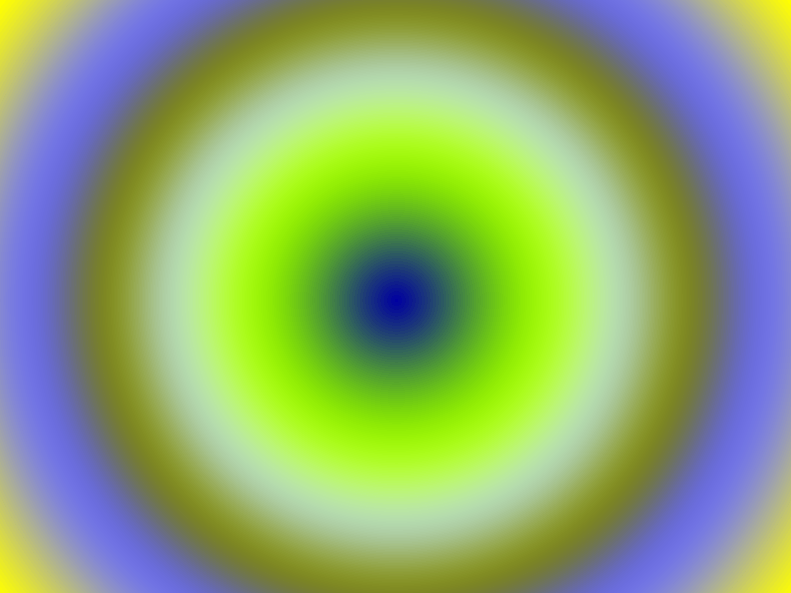 Notice how I applied various different level permutations to each of the three channels: 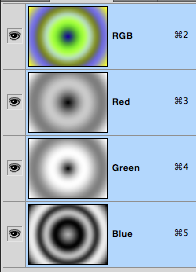 So, it’s easy to see how the animation was generated. Even a simple radial gradient can produce interesting designs, but of course, many more can be created: 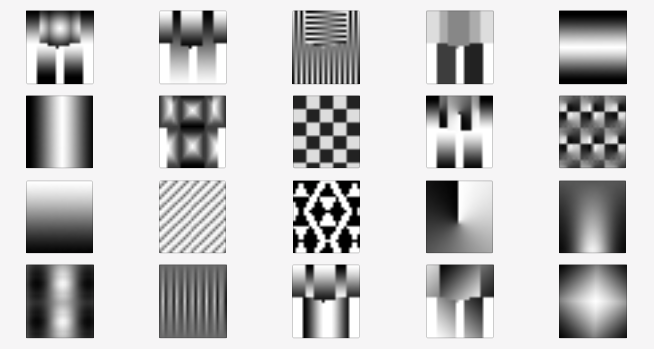 Each one of these images was a different pattern that could be applied to the suit. In many of these examples, you can also see where the arms, chest, back, and legs can be found.

Adding the sound responsiveness was simple, though there were some devils in the details:

This beat detection plus variable palette rotation is the second concept I used back in 1999.

I fired up the app and with prevalent background noise and tapping on the laptop, produced this animation:

The small animation window reflected the small number of pixels (ultimately about 250) that I needed to drive the finished product.

Iteration 1 had been completed: I had a solid proof-of-concept running on my Mac.

Stay tuned for my next post! In the meantime, check out my GitHub repo for this project.